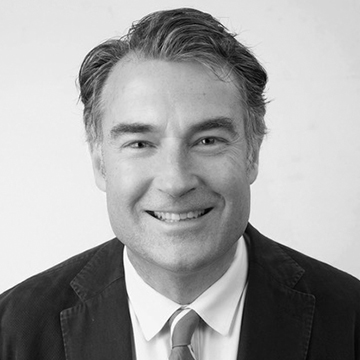 Dr James Muecke AM graduated with Honours from the University of Adelaide Medical School in 1987. Following his internship, James lived and worked as a doctor in Africa and subsequently as an eye surgeon in the Middle East, battling malaria, wild animals, and rebel soldiers. He founded Sight For All in 2008, turning his boundless energy into a fight against blindness in the Aboriginal communities of Australia and some of the poorest countries of Asia and Africa. His commitment to social impact and humanitarian endeavors has earnt him a string of awards including an Order of Australia in 2012, the Australian Medical Association’s President’s Leadership Award in 2013, and Ernst & Young’s Social Entrepreneur for Australia in 2015.

James is a researcher, a teacher, an author, a musician, a photographer, and a film producer, and uses his many skills to deliver passionate, fascinating, and at times confronting presentations about his life, his work, philanthropy, resilience and social entrepreneurship. A neurological condition impacting on his dexterity has forced James into a premature retirement from surgery. Not letting his disability slow him down, James has redirected his vigor to crafting films, and has a number of powerful documentaries under his belt and several compelling projects in production.
More about James

Ani Choying Drolma, ‘buddhist rockstar nun’, author and philanthropist whose singing performances have earned her millions of admirers – in real life and online (where her music videos have amassed more than 20 million views).

It is said that Ani Choying Drolma’s music is like a beam of light that cut through the darkness and is filled with compassion and purity. Her voice is also named as “the heavenly voice” with healing power.

She is also an awarded humanitarian. Since 2014, she is appointed as the first UNICEF National Goodwill Ambassador for Nepal. She describes her singing ability as her magic wand that manifests numerous successful projects to promote education, health, children’s right and women empowerment. She founded Arya Tara School in 2000 to provide education opportunities for young girls in Nepal.

In her Newday Leadership series session, Ani will sing and share her thoughts on leading for the greater good.
More about Ani 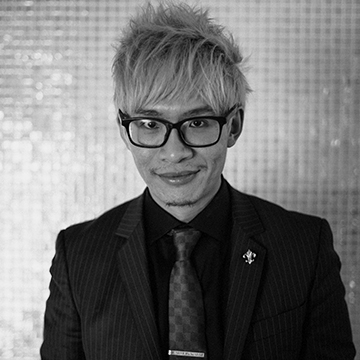 For more than 15 years, Vinh Giang has dedicated himself to mastering the art of performance-enhanced communication, helping thousands of professionals worldwide do the same through the power of magic. In his inspiring talks, Vinh seamlessly integrates storytelling and magic to motivate audiences to embrace change and see the "possible in the impossible." Vinh delivers his key messages in a truly memorable and profound manner that always leaves his audiences with a sense of wonder and empowerment.
More about Vinh 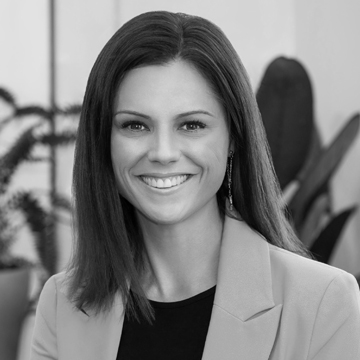 Rebecca Tapp assists industry leaders, CEO'S, entrepreneurs, and media personalities to activate purpose-driven influence. She has spent 15 years working in partnership with globally acclaimed speakers, activists, authors and influencers. She is the host of the Decoding Purpose Podcast and a purpose-driven entrepreneur. In that time, Rebecca has mastered the intersection between purpose and influence with a clear focus on taking an idea, into the kind of influence that creates impact.

Rebecca is an internationally recognised coach and consultant working in Australia and the Asia Pacific in developing new talent in the speaking industry. She is also the creator of Ignite; a consulting process designed to assist leaders, entrepreneurs, thought leaders and influencers to gain clarity of purpose, and to tell that story online, onstage and most significantly in life. Rebecca is a Company Director of 'Future Crunch' who are a think tank consisting of scientists, artists, technologists, and entrepreneurs spreading a global movement of intelligent optimism. She is also the Co-founder of 'Supernova Tribe', a purpose-driven content and branding agency for influencers.

As a change-maker, Rebecca is on the board of directors for Hark Angel, a charity with a mission is to work with impoverished communities to build 100 schools around the world. She is also on the board of social enterprise Project Gen Z and has over the last decade raised more than $150,000 for charity in business and in hosting fundraising events and campaigns.
More about Rebecca 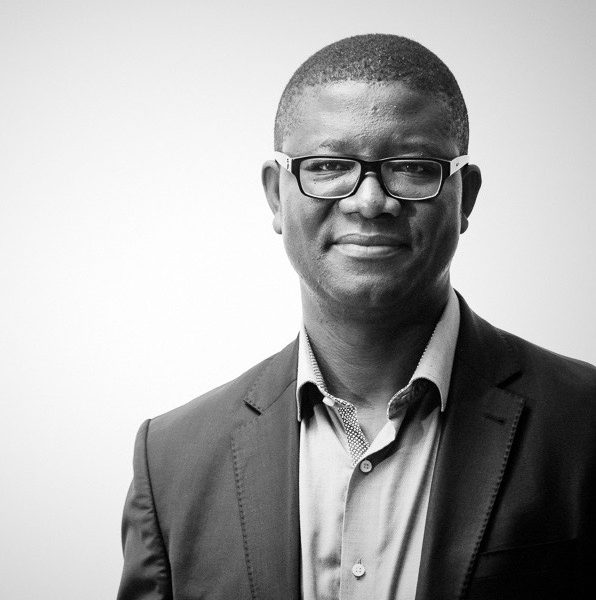 Martin is a consultant in organisational and leadership development, a facilitator of innovation and change; trainer, coach and author. He is a faculty member for the Presencing Institute, and for HSBC Next Generation Development, HRH Duke of Edinburgh’s Commonwealth Study Conference for Leaders, and the University of Cambridge Institute for Sustainability Leadership.

Martin works with business, government and civil society leaders globally. He advises the Tony Blair Africa Governance Initiative as thinking partner to Chiefs of Staff and Heads of State, including three years as Special Consultant to the President of Zambia. 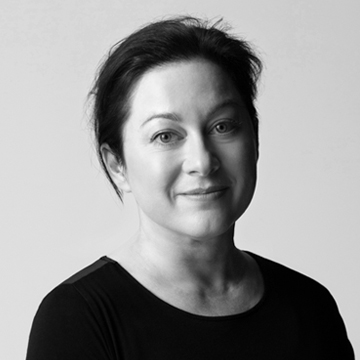 Considered one of the most thought provoking, powerful and life affirming speakers in Australia, Gill Hicks’ determination to triumph over tragedy is nothing but inspirational. A survivor of the 2005 London terrorist bombings, she founded M.A.D For Peace; before this she was a successful design curator and publisher. With her unique understanding of business and formidable ability to navigate extreme change, Gill will speak on Choose Choice – the greatest power we have is the power to choose how we want to respond and react to every single moment of our lives.
More about Gill 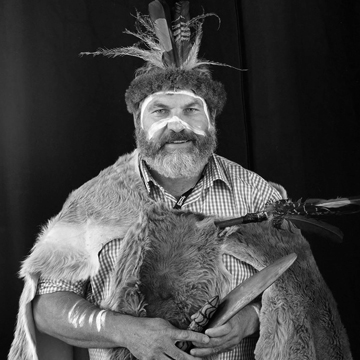 Mickey Kumatpi Marratyu O’Brien is an Aboriginal person and descendant of the Kaurna (Adelaide Plains) and Narrunga (Yorke Peninsula) peoples. He has been providing cultural advice for many years and is a proud ambassador for the Kaurna people. His warm Welcome to Country is always a highlight at our summits.

Culture is an important part of Mickey's life and he honours the responsibility passed down to him by his father, well-known Kaurna elder, Uncle Lewis O’Brien, by incorporating culture into every Welcome to Country. He is truly valued as a Newday Leadership advisor.

Mickey connects with audiences through his engaging storytelling ability where he delivers powerful lessons passed on to him through his people, culture, history and experiences. Reminding audiences that, "cultural knowledge and respect is part of every story and each human journey." 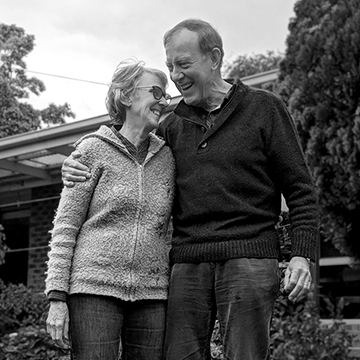 Rob and Cheryl are two human beings who have abandoned the ‘normal’ to pursue the truly extraordinary. At 72 years old apiece, this committed couple have sacrificed more than most in order to lead for the greater good. From not owning their first home until they were 63, to risking their life in war zones and never being paid a regular wage, what these two beacons of peace and hope will teach you is simple: there is another way... several, in fact. 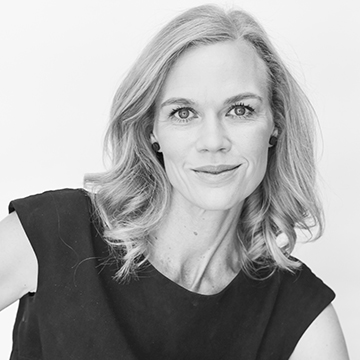 Katrina Webb is recognised and acknowledged for her unique athleticism and outstanding success as a Paralympic athlete. She has won Gold, Silver and Bronze medals in athletics at three Paralympic Games. She was the first torch bearer to enter the Olympic Stadium for the Opening Ceremony of the Sydney 2000 Paralympic Games and in 2006 Katrina was selected to present on behalf of the International Paralympic Committee to the United Nations in New York. To add to this she has walked the Kokoda track and has trekked to Basecamp Everest. In 2012 & 2016, Katrina was selected as one of two Paralympians Ambassadors for the International Paralympic Committee at the London, Rio & Tokyo Paralympic Games. Due to her own experience in dealing with a disability and a desire to help others, Katrina is a passionate humanitarian. She currently organises leadership treks to Nepal including Everest Basecamp, raising funds for the health, education and protection of children in Nepal. 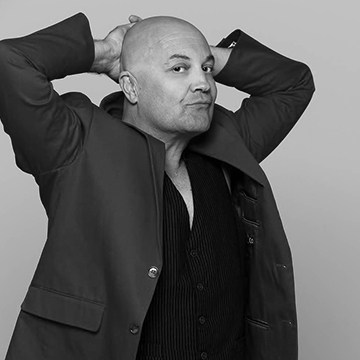 Adam Thompson is best known as front man of Australian rock band Chocolate Starfish, whose self-titled debut album went Platinum and won an ARIA after spawning their number one hit, You’re So Vain. Social responsibility has come to play a major role in Adam’s life and career as a solo artist, making him a highly sought-after entertainer and keynote speaker, working with remote indigenous communities and schools across Australia and corporate groups from around the globe.

Adam has combined his two passions and created the renowned team-building activity MusoMagic, which boasts its own TV show Outback Tracks (SBS) and has spawned a not-for-profit MusiKarma, which helps disadvantaged youth reach their potential. 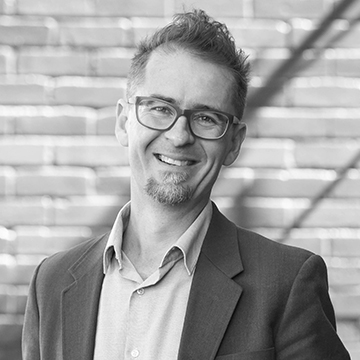 In 2019, Matthew co-founded Double Denim, a sustainable textiles social enterprise that benefits a women's homelessness service. This is one of several social enterprise ventures he helps lead, complemented by his role on the board of the South Australian Social Enterprise Council peak body. In 2019-20, Matthew was voted as one of Pro Bono Australia's Impact 25 for his contribution to social and environmental advocacy and enterprise in Australia.
More about Matthew
Back to events

“High quality speakers, inspirational messages and actionable advice, the feeling of connectedness and that 'we're all in this together'.”

“It was an open and engaging program whilst also being conducted as a webinar which can be difficult to achieve - this kept me engaged and wanting more! The depth of knowledge across all presenters was fantastic and across such a diverse range of topics.”

“I found the eSeries to provide a unique experience which I would be unable to access in any other forum.”